About the turtle - I asked, because I'm missing my dog so much, but my daughter has (nearly) persuaded me that I'm really not reliably fit enough any more to have one. So I've been looking at smaller pets. When we were at the petstore (just browsing, much to my grandsons' disappointment) she kept steering me towards the reptiles. I refused to contemplate getting one, because our rural electricity supply isn't reliable enough for something that needs a heatlamp on all the time.

I'm thinking that perhaps I might get a couple of rats instead.
Top

Tigger_the_Wing wrote:I'm thinking that perhaps I might get a couple of rats instead.

I'm pretty sure it's illegal to keep politicians for pets.
Top

My friend Fel loves rats. They can be very intelligent and affectionate. 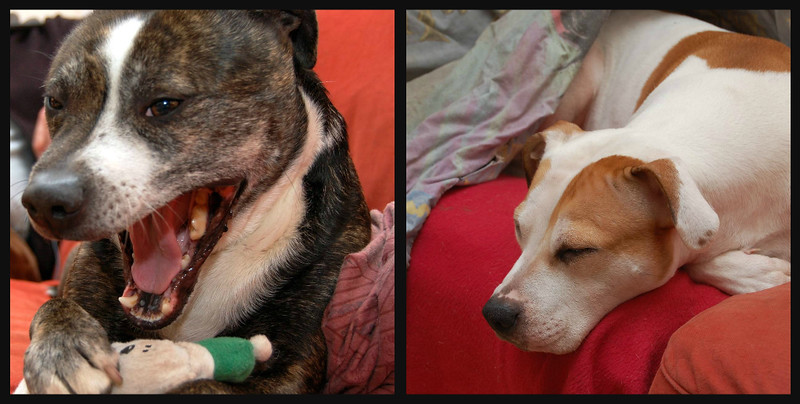 Had a visit from a Peregrine Falcon today. Flew down and perched on a branch maybe 15 feet from the window over my kitchen sink. Didn't stay long enough to fetch the camera, but what a beauty. I've seen her(?) around a couple of other times, perched in one of the big maples out back, just waiting for lunch to come by. 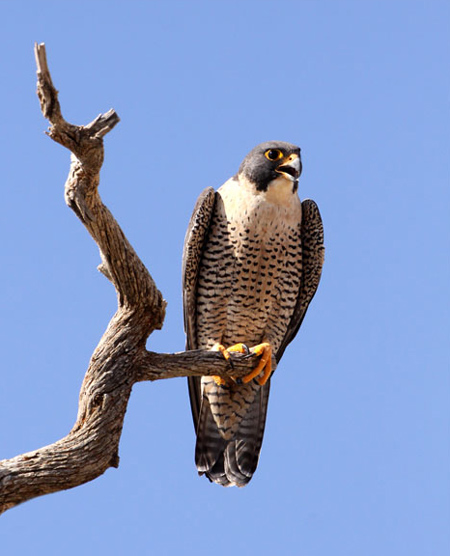 Almighty Doer of Stuff wrote:My friend Fel loves rats. They can be very intelligent and affectionate.

I have a rat - and his name is Bailey! Not because I named him after your cat (well, except chronologically!) but because my daughter thinks he is the same colour as Bailey's Irish Cream.

He is very friendly - he was the only rat in the pet shop for months, and became attached to humans. He spends a lot of time on my shoulder.

Tig, there's a rat emerging from your left ear. It hasn't gnawed its way right through, I hope.

He's popped out to take a break from the wheel that powers my brain. Hence the gormless expression on my face.

Well, it's been a bitch of a few weeks here at the T house. On July 21, we lost Smudgie to liver cancer. He had been with us since he was born, the day after my birthday in 2000. Last Tuesday, we had to put Tara to sleep. We adopted her last December. She was a Boxer, about 15 or so years old, found emaciated wandering the streets. We got her back up to nearly her normal weight, but she had tumors in her lungs and eventually it was just too much for her. Then today, we had to put Squeekie down. He was rescued from euthanasia about 12 years ago. He had Feline Immunodeficiency Virus - kitty AIDS - and they were going to off him because they didn't understand that it's non-fatal, and very difficult to transmit. He was probably the best behaved cat we've had. He had lymphoma, and it was closing off his throat. Cancer sucks. Not a happy time for us.
"Mit der Dummheit kämpfen Götter selbst vergebens."
("Against stupidity, the gods themselves contend in vain.")
-- Friedrich Schiller (1759–1805)
Reality is that which, when you stop believing in it, doesn't go away.
-- Philip K Dick
What happens when all the renewable energy runs out?
-- Victoria Ayling
English isn't much of a language for swearing. When I studied Ancient Greek I was delighted to discover a single word - Rhaphanidosthai - which translates roughly as "Be thou thrust up the fundament with a radish for adultery."
Top

I lost my best bud Fritz over a year ago , this condo does not allow pets and i was in quandry over what to do for some time .
I left him in the care of someone who professed to love the critter but he loved crack more .I found out some time later when i phoned to arrange a visit that he was taken to the shelter and liked died there.
No words can adequately describe my grief or the hatred that still burns if i think of that thing that stills uses up precious oxygen , food , and water when poor ole Fritz likely sat in cage awaiting death wondering why he was locked up , scared and abandoned by his friends .
I weep now as I think of him waiting forlornly for me to come get him as i always had in the past from the vet.
He was rather old for a cat (17-19)with a nasty skin condition but he was a happy guy and still everyones friend . I hope this site never dies and his picture ( my avvie) remains as a tribute to him .

My roomie recently adopted a wee ginger tabby , a mutual friend smuggled him in on the pretense of picking up later to take to the shelter but i knew he was dumping him here ( i was offended to be thought of as so duh ), he took the wee guy from some character he passed on the street and took him home to his place after being told kitten was going to be dumped in a park to fend for himself .
But his appartment also had a no pet policy so he brought him here , i didnt want him since there is no replacing Fritz and another cat would just be a bitter reminder .
But my roomie took an instant liking to him and if i had no objection " Larry" would be our new roomie .
If he is discovered though they both will very likely leave , he has been here a month now and we have both grown very attached to the wee terror ( Havelock thee Sodden however , is attached to booze and basically ignores his welfare ).
The wee guy has a healthy appetite and can now peer over the top of the coffee table , balled up newsprint , string , squeaky fake mouse are fun toys but his favourite toys are me or his new prime servant .
I dont know who has more play scars ( Havelock thee Sodden has none .)
As i feared , i have become Larry's primary companion and he showers me with as much facelicking and head nuzzling as he does with his new owner .
I refuse to think of myself as co-owner of him since i hope when we part company in the future i will not mourn his loss as i will Fritz for the remainder of my life .
Top

So sorry to learn poor Fritz's cruel fate. Please don't let that be a reason to avoid animal companionship in the future. We have said goodbye to so many of our little pals over the years - most recently Callie Little passed over a couple of weeks ago, and old friend Mr. Jones' time is not long away. Their time is too short but they bring such enrichment. There are at least 40 little boxes of ashes in the blue room, each one is painful to see but brings back such happy memories. I can't imagine not having any fuzzy little buddies around.
"Mit der Dummheit kämpfen Götter selbst vergebens."
("Against stupidity, the gods themselves contend in vain.")
-- Friedrich Schiller (1759–1805)
Reality is that which, when you stop believing in it, doesn't go away.
-- Philip K Dick
What happens when all the renewable energy runs out?
-- Victoria Ayling
English isn't much of a language for swearing. When I studied Ancient Greek I was delighted to discover a single word - Rhaphanidosthai - which translates roughly as "Be thou thrust up the fundament with a radish for adultery."
Top

I agree with ET, don't let it stop you from spreading the love to a new fury friend.
I too have seen them come and pass and it's sad but, a new happy face that needs love helps you to move on.
Right now I have two purr faced friends in the house and another one living out back under the shed!

"I be luvin' um wit all me heart mates, I've no regrets... only a kind thought or two for them what set sail for the far horizon..."
"The Boss in in the sauce... and sometimes on it." Me.
Top

Yarr mateys , at thee moment our new furry four leggetty feline friend is having a grand ole time . He is learning to keep his claws sheathed and not bite so hard . He seems to gravitate towards me more than anyone else here and his constant nuzzling and chin licking has certainly endeared himself to us . Even Havelock thee Sodden is giving him a little attention , very little , but it is a start , but alcohol is his still his number one priority .
I think Larry is about three months old , his ginger colou appears to have deepened and his mackeral markings are pronounced , he will be a handsome tabby when fully grown .
He is also one of the few cats i have known that allows us hold him like a baby ie. with his belly exposed , i wonder if that will continue upon maturity.
Top

We are best buds now , he kisses my face daily , climbs on my to hug me , still exposes his belly to me and Mad Dog .
Lots of slow blinks and love bites , i am his go to guy but will be leaving for a year or so to see my brother to the great beyond or oblivion ( whuchever it be ) .

I hope he does not miss me for too long , his crying at the door will give him away and he will be kicked out .
If tgat happens i hope to smuggle him into the Pan Am building with me .
Top
Post Reply
823 posts

Users browsing this forum: No registered users and 13 guests