The place for general discussion about the Flying Spaghetti Monster and most things related to Him.

thelastpirate
Vermicelli Vizier
Posts: 1081
Joined: Mon Nov 05, 2007 1:52 pm
Location: I hope in no place so unsanctified where such as thou mayst find me.
Contact:
Contact thelastpirate
WLM

I didnt realise the SCP were as fundamentalist as they are. Still, at least they have no elected members in any public institution. Lets keep it that way.
Top

Roy Hunter wrote:I read an interview in the newspaper today with a comedian named Tim Vine. He said he saw a church next to a bus stop, and the church had a poster up saying "There's probably no bus."

Well, I liked it.

That's a really good story but I don't believe it really happened. I want proof.

There's been so much stuff on UK TV about Darwin lately I've really enjoyed some of the programmes but last night they seemed to be comparing Andrew Marr with monkeys...now that's not fair on the monkeys. 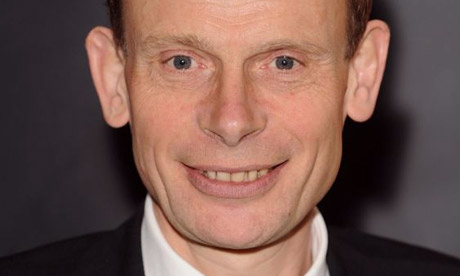 Andrew Marr is 4 Billion years old.
The smoke wafted gently in the breeze across the poop deck and all seemed right in the world.
Top

Doesn't matter what they do really. The point has already succeeded a hundred times more than originally planned.

Every counter add is just another add for the original campaign. It has started the discussion.

The next trick is should the buses keep running, Or should the adds diminish and see how much money people wasted trying to counter it that could have gone to promote more worthy causes? Either way the bus company is gaining some great new revenue. If only the company's in Canada and the U.S. realized that same thing.

I personally think there should be a poster promoting his noodly goodness. Italian places would have a spike in business.
Top

Maybe sponsorship could be arranged?

May the Sauce be with us all.
"Bon-hommy" said Eeyore "A French word meaning bonhomie."
Top

May the Sauce be with us all.

I'll back that one!

For starters, I think I'll make some signs for the side of my wheelchair. Anyone like to sponsor me?

Ursidule wrote:You may have seen that a Christian political party in UK has mounted a bus ad. counter-campaign. Note the contestable assertion!
http://www.christianparty.org.uk/cmsparty/

I've complained to the Advertising Standards Authority about the unsubstantiated claim.

I complained to the ASA about that ad too - on the grounds that their assertion is unsubstantiated.

Got a reply the other day. Apparently the ASA can't rule on the matter. The Christian Party is a political party

and so can say pretty much what it likes.

The reply was a private letter ... they're obviously not making their ruling public (as they did with the Atheist one): I wonder how many people complained to them. I'll bet there were more than for the Atheist ad.
Top

Slight change of topic, but quite funny none the less.

How about this for a variation of a theme...

Loosely Canonising and keeping it free for all Pastafarians
http://www.loose-canon.info/
Top

FYI, I live in Ottawa (Canada), and the Freethought Association of Canada has been trying to run the same ad campaign on our city buses here. They were initially turned down by city staff. Public transportation is run directly by the municipal government here.

More articles and editorials on the whole process can be found in this search:

Return to “All Things FSM”

Users browsing this forum: No registered users and 7 guests